Scotland manager Steve Clarke has pulled off a bit of a coup by persuading Southampton striker Che A...

Scotland manager Steve Clarke has pulled off a bit of a coup by persuading Southampton striker Che Adams to switch allegiance from England.

Adams has been capped by England at under-20 level but he qualifies for Scotland through the grandparent rule.

The 24-year-old has been included in the Scotland squad for this month's 2022 World Cup qualifiers at home against Austria on 25 March and away to Israel three days later and the home friendly match against the Faroe Islands on 31 March.

Manager Steve Clarke admitted that Adams has been on Scotland's radar for some time.

"It actually happened very late," Clarke said of the move for Adams on Sky Sports.

"Che's obviously someone that we tried to get before - when Alex McLeish was manager, I believe - four years ago now.

"He was a young man at the time. He's matured a little bit more, played a few more games, got his move to the Premier League and done very well.

"Not too long ago, I got a little inkling or a little tip off that he was interested in choosing Scotland as his international country." 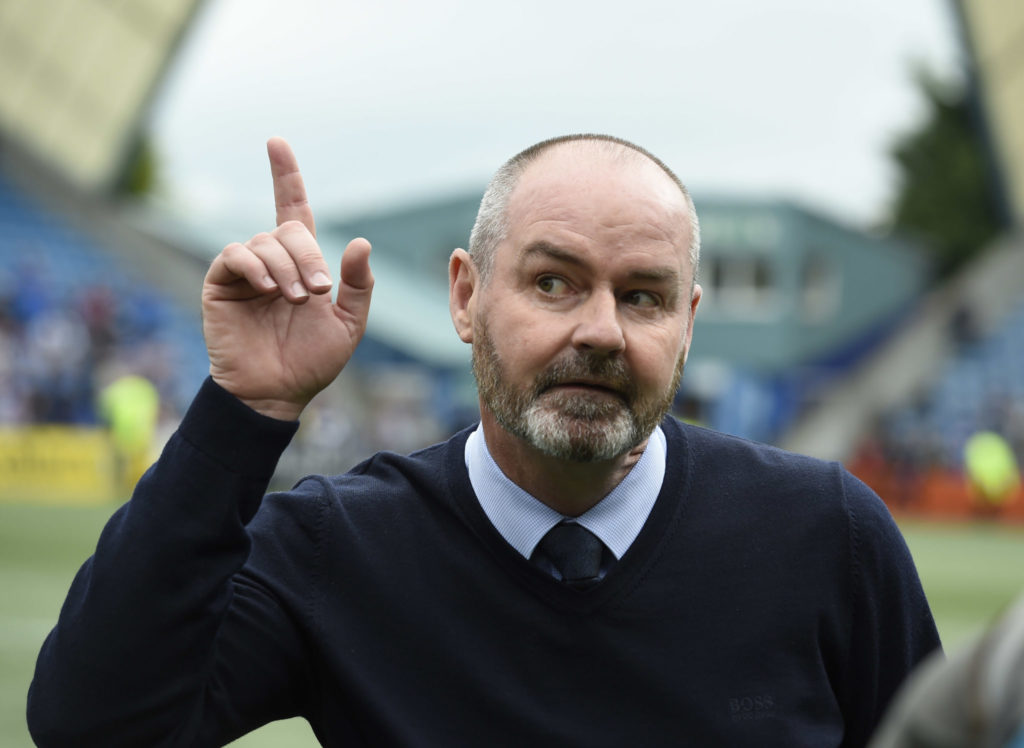 File photo dated 19-05-2019 of Kilmarnock manager Steve Clarke listens to the empty Rangers end of the ground after securing a European place for next season after defeating Rangers 2-1 during the Ladbrokes Scottish Premiership match at rugby Park, Kilmarnock.

Clarke is also gearing his squad up to play in the nation's first major finals for 23 years.

They are due to face England, Croatia and the Czech Republic at the rescheduled Euro 2020 this summer.