12-time Swedish footballer of the year Zlatan Ibrahimovic is making a surprise comeback to internati...

12-time Swedish footballer of the year Zlatan Ibrahimovic is making a surprise comeback to international football five years after retiring.

The 39-year-old AC Milan striker has been named in the Sweden squad for this month's 2022 World Cup qualifiers.

Ibrahimovic retired from international football five years ago after a Euro 2016 tournament in which he played against the Republic of Ireland.

He posted a short message on Twitter with a photograph of himself in the famous yellow shirt that read, "The return of the God".

Ibrahimovic socred 62 goals in 116 international appearances before quitting after they exited at the group stage in France.

Sweden boss Janne Andersson flew to Milan to meet with the centre-forward after comments he made in an interview seemed to indicate that he was open to reversing his retirement decision.

He has been in excellent form with the Rossoneri this season, scoring 14 goals in 14 games, helping them to second place in the table.

Sweden are due to play Georgia on 25 March before they take on Kosovo three days later in the qualifiers before a friendly with Estonia on 31 March.

"He can be a little bit funny at times," replied Andersson after he was informed about the striker's tweet during an online news conference.

"First and foremost he is a very good footballer, the best we have had in Sweden. It's obviously very good that he wants to come back. 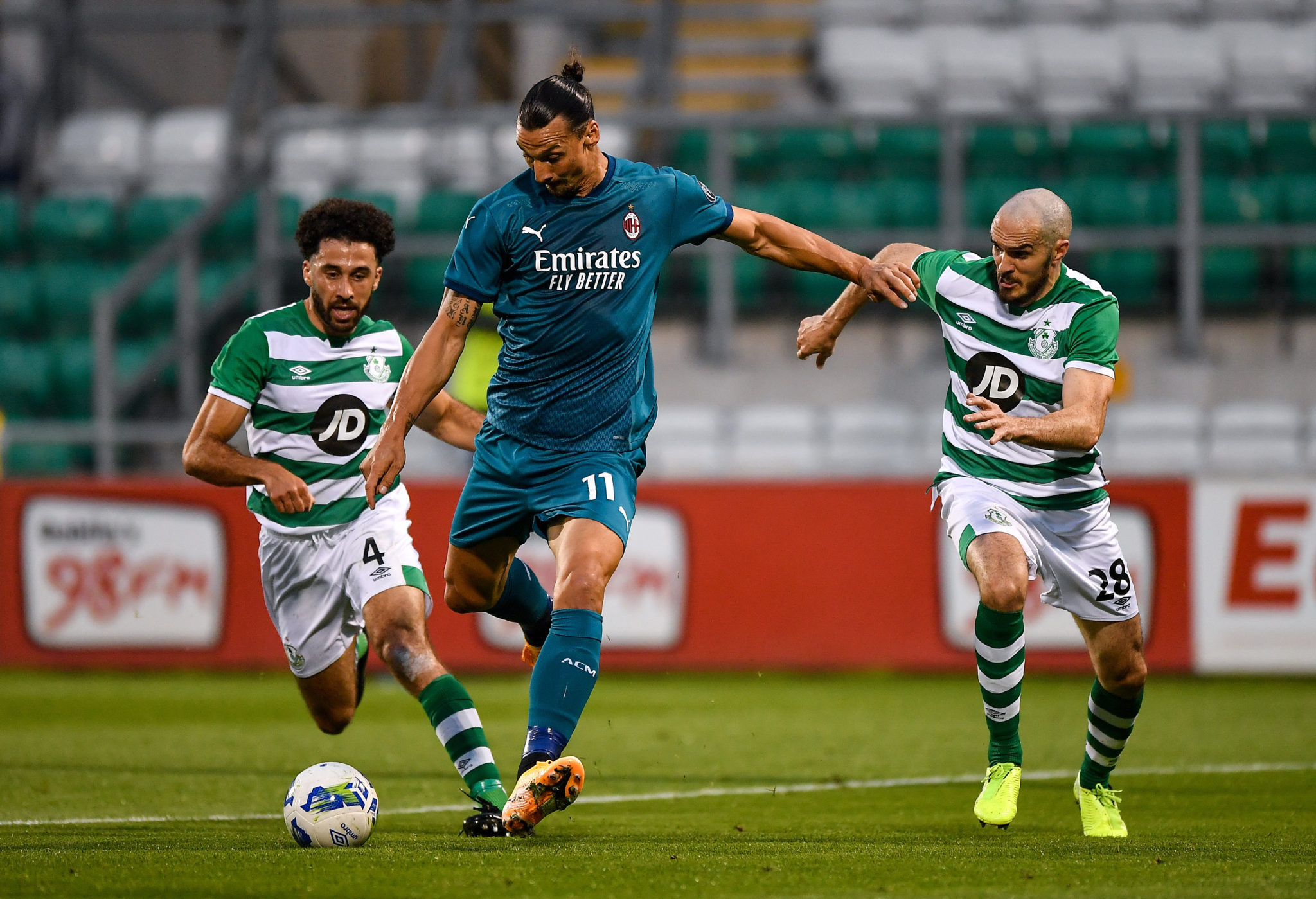 17 September 2020; Zlatan Ibrahimovic of AC Milan shoots to score his side's first goal, despite pressure from Roberto Lopes, left, and Joey O'Brien of Shamrock Rovers, during the UEFA Europa League Second Qualifying Round match between Shamrock Rovers and AC Milan at Tallaght Stadium in Dublin. Photo by Seb Daly/Sportsfile

The Malmo native made his debut at the age of 19 in a scoreless friendly draw against the Faroe Islands and he scored his first international goal in his tenth appearance, a 1-1 friendly draw away to Russia.

He was made Sweden captain ahead of Euro 2012.

The former Paris Saint-German, Manchester United and LA Galaxy striker only signed a six month deal with the option of another season in January 2020 and ended up at Tallaght Stadium last September for AC Milan's Europa League qualifier against Shamrock Rovers.

He is due to have talks with the club's top brass over a contract extension at the San Siro.