Tim Clancy is to be appointed the new head coach at St. Patrick's Athletic.  It's reported he'll lea...

Tim Clancy is to be appointed the new head coach at St. Patrick's Athletic.

It's reported he'll leave Drogheda United for the FAI Cup winners, with Stephen O'Donnell filling the managerial vacancy at Dundalk.

Irish Independent football correspondent Dan McDonnell said on Wednesday afternoon that positive talks were held between Drogs and Pat's, with the latter to pay the County Louth club €10,000 in compensation.

The Inchicore club are yet to publicly confirm the move.

In his first managerial post, Clancy led Drogheda back to the SSE Airtricity Premier Division by winning the First Division title in 2020. The year previously they'd missed out on promotion by losing a two-legged playoff to Finn Harps. 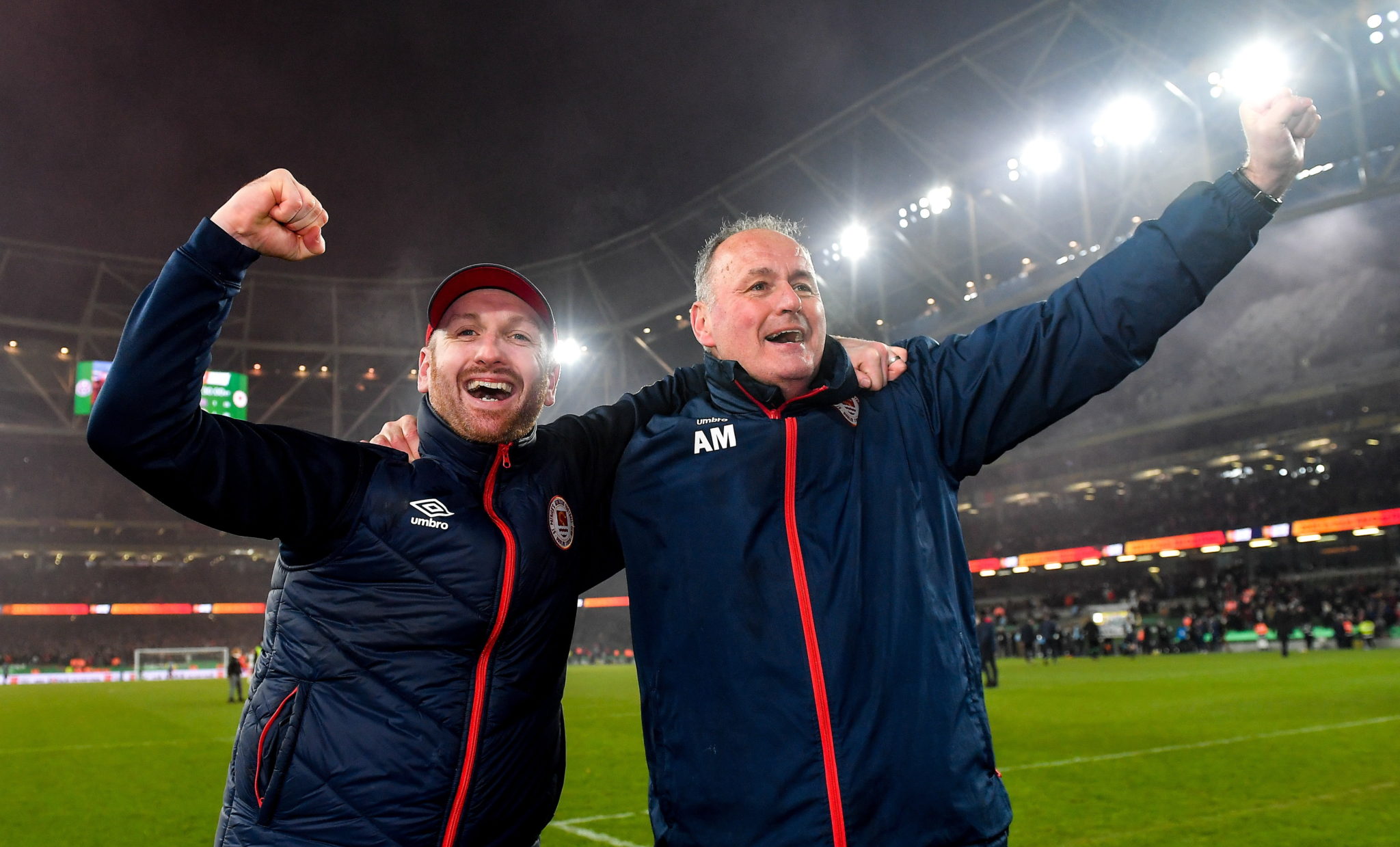 Clancy impressed many with his lone season of top flight management, keeping Drogheda free of relegation concerns, and playing some fine football along the way. They collected wins over Sligo Rovers, Bohemians and Louth rivals Dundalk during the 2021 season.

His assistant - former Shelbourne man Kevin Doherty - is his likely replacement at Head In The Game Park.

The former Kilmarnock player was in the running to replace Vinny Perth, who was relieved of his duties by Dundalk on Tuesday night.

However, the Lilywhites are to lure their former midfielder O'Donnell back to the club, despite a reported offer of a two-year contract from Pat's.