Aston Villa say they're appalled by the racist abuse sent to Tyreik Wright.  The Republic of Ireland...

Aston Villa say they're appalled by the racist abuse sent to Tyreik Wright.

The Republic of Ireland U19 winger is currently on loan at English League Two side Walsall, and has shared the vile and graphic direct messages he's received in recent days on Instagram.

Last month saw Jonathan Afolabi - on loan at Dundee from Celtic - subjected to a number of racist messages having played for the Tayside club in the Scottish Cup.

Manchester United trio Axel Tuanzebe, Anthony Martial and Marcus Rashford have all been exposed to such invective, as have Arsenal pair Willian and Eddie Nketiah.

Republic of Ireland internationals Shane Duffy and James McClean have been recently - and in the latter's case, regularly - subjected to sectarian abuse.

Villa have reported the messages sent to Wright to West Midlands Police, and are liaising with the constabulary's Hate Crime Unit. 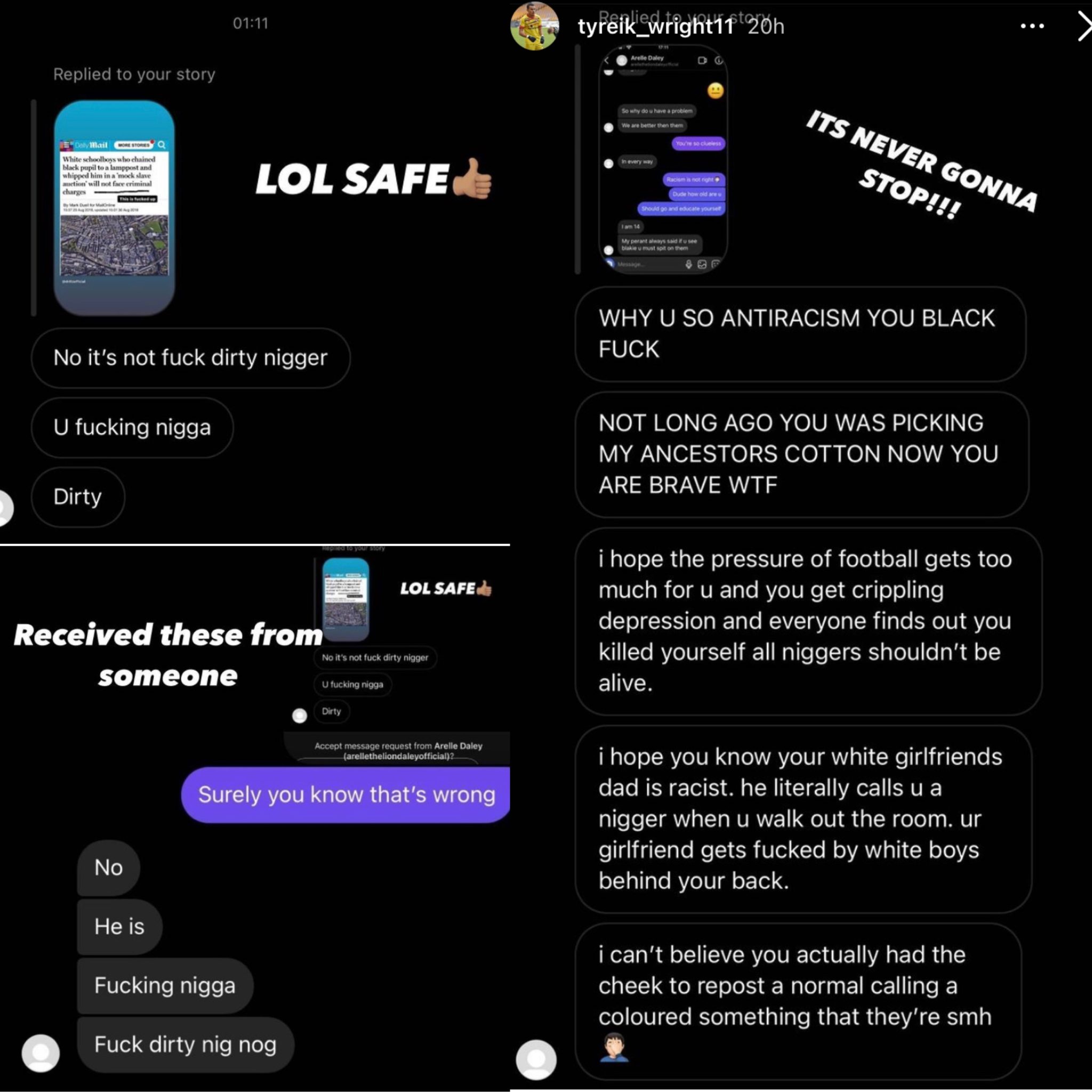 Aston Villa Football Club is appalled by the racist abuse of one our academy players, Tyreik Wright.

Tyreik, who is currently on loan at Walsall, received sickening and abhorrent messages via his Instagram account, messages which the club have reported to both the social media platform and West Midlands Police.

The Club is liaising with WMP’s Hate Crime Unit who are now investigating this incident.

Aston Villa will work alongside Walsall FC to provide Tyreik with any support he requires and will continue to do everything we can to report and help root out all forms of discrimination.

For more of these stories, visit otbsports.com