Aston Villa manager Dean Smith has expressed his deep disappointment after last night's 4-0 defeat away to Leicester City - a result that leaves his side remaining in Premier League relegation trouble.

Jamie Vardy came off the bench to score a brace, with Harvey Barnes also on the scoresheet twice in the resounding home win at the King Power Stadium.

A first league win since the end of January leaves Leicester now four points behind second-placed Manchester City in the standings, while Villa remain in 19th and two points adrift of safety.

Villa boss Smith said he had hoped his players would react from the League Cup final defeat at Wembley against Manchester City.

"We wanted a performance and a reaction from the cup final, feeling that we had a chance here tonight.

"They’ve scored four goals against us in both league games, but we feel as though we’ve been in both games.

Dean Smith has arrived for his post-match press conference...

"Disappointing is an understatement, we wanted a performance and a reaction from the cup final."#LEIAVL #AVFC pic.twitter.com/eGPGafel2v

"We started the game well and I thought our defensive shape was good and we were well organised. We made a big error and that let Harvey Barnes in."

It was a fourth consecutive league defeat for the Birmingham side, and fifth in all competitions and Smith says errors cost his side.

"You want to get into half-time at 0-0, but we make a big error. It’s a ball over the top, Pepe comes out and makes Barnes’ job a lot easier.

"We keep making basic errors. The third goal, we had enough bodies behind the ball and we were well organised. 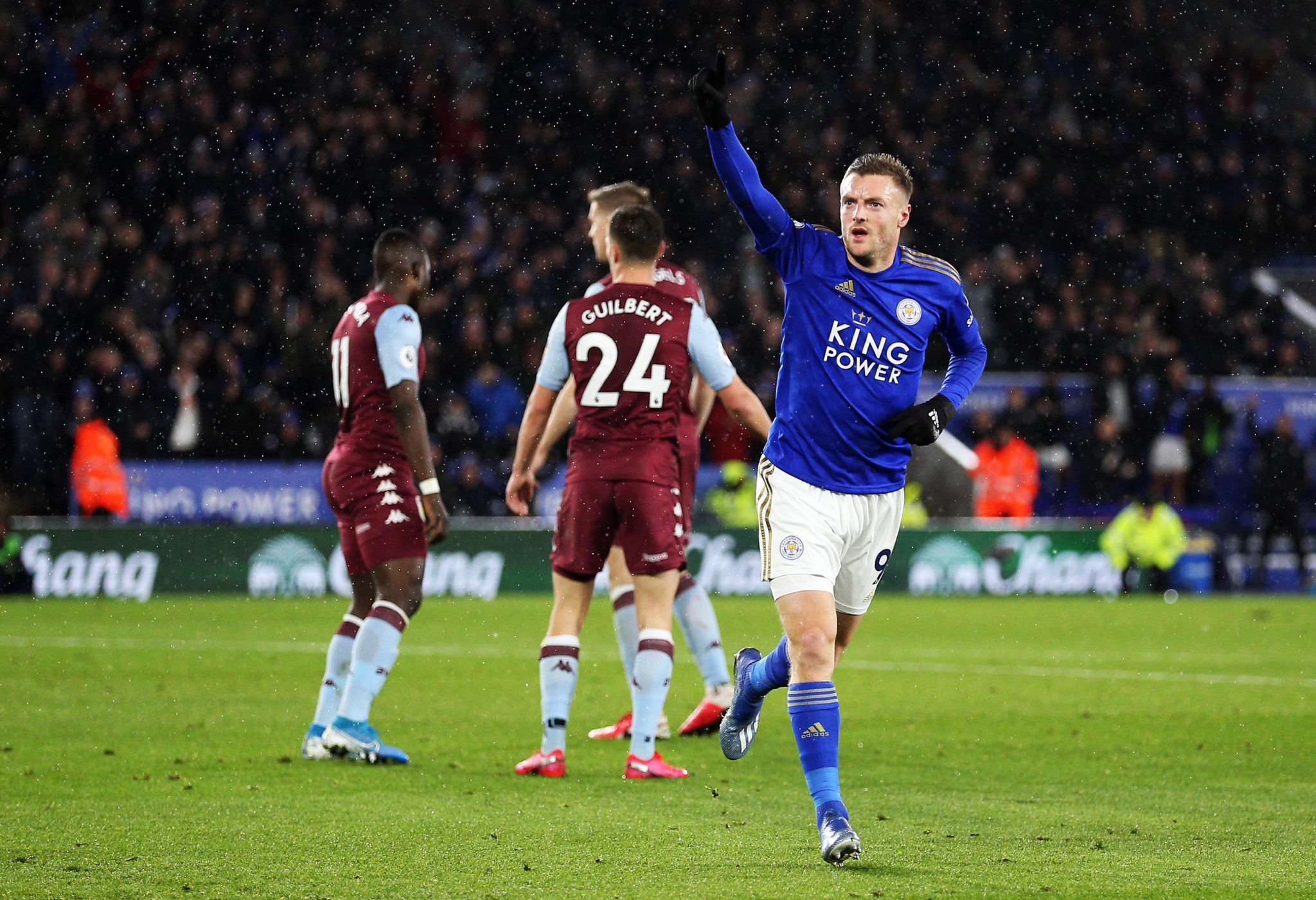 "Jamie Vardy picks the ball up against four of our players, but he’s allowed to run into our box and have two bites at the cherry.

"At 3-0 down, their fans are cock-a-hoop and our heads drop a little bit and it becomes very difficult."

Vardy's first goal, and the second of the game, was a penalty awarded after an adjudged handball by Tyrone Mings, verified by VAR. Smith though felt the ball was higher up and closer to being a shoulder.

"At 1-0 we were still in it and unfortunately, we’ve had a decision go against us with the penalty.

"My opinion was that it wasn’t a penalty. We then had to go and chase the game, which is difficult to do against a team like this."

Villa are facing a tough number of weeks ahead, with Chelsea visiting next Saturday afternoon, and games against Liverpool (away) and Manchester United (home) among their other ties before the end of next month.