Republic of Ireland assistant manager Keith Andrews is appealing for supporters to be patient as the coaching team seek to implement changes.

Ireland have yet to win in their 11 games under Stephen Kenny and they suffered a humbling defeat to Luxembourg in the World Cup qualifiers last week.

Former Blackburn midfielder Andrews, who played for Ireland at Euro 2012, remains hopeful that they can turn things around in the coming months.

"You have to take the criticism because that's where we're at," he said on Virgin Media Sport's Champions League coverage tonight.

"Short-term pain, if that's the way you want to look it, for hopefully long-term gain in terms of getting a team collectively where we can look at it and be proud and also consistently challenging to get into European Championships and to World Cups.

"It was never going to be easy, especially in the current climate, and no we're not happy with how it's gone, especially with results. But I think there's a lot to take from certain things, in particular the connection with the players in the last camp. But obviously the Luxembourg loss is not easy to take." 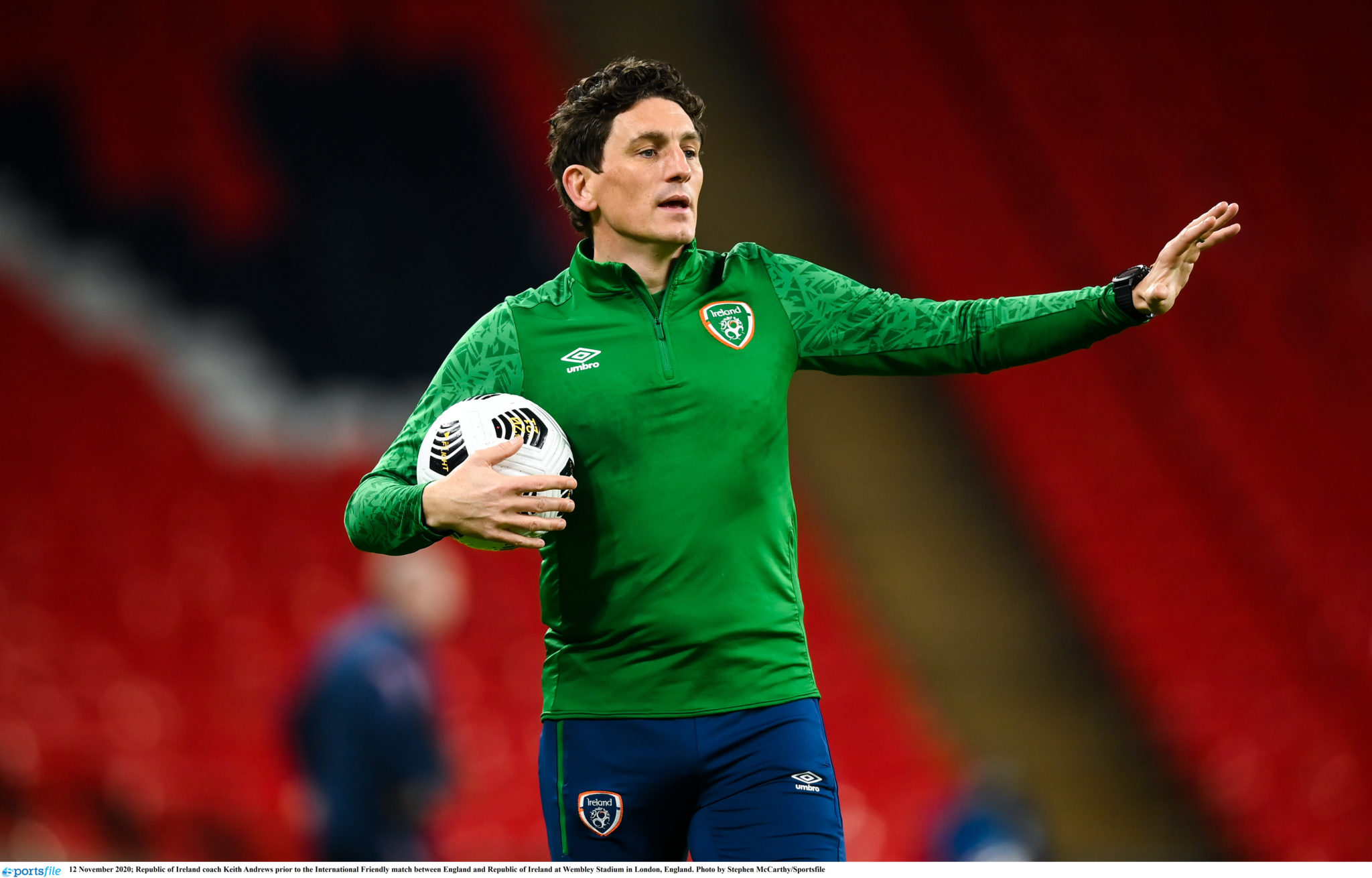 Our style suits the players

Critics of Stephen Kenny have suggested that the management team are attempting to play an overly elaborate style which which is beyond the ability of the players in the squad.

"What we're trying to do absolutely suits the players," Andrews, who also worked with Kenny when under-21 manager insists. "Playing an old fashioned, direct, 4-4-2? we haven't got the personnel to play like that.

"We haven't got a big, strong target man who are going to play off and play direct. A lot of these young players are playing in a certain way for both club and through all our underage and with the 21s with us so we know them very, very well.

"What's gone on previously with the FAI hasn't been good. During this pandemic, the amount of players which we've missed, going back to the game against Bulgaria.

"In terms of the style which we're trying to employ, I've worked with some of these players since they were 15, I've watched the senior members playing in England, they're all capable of playing."

"Look I can't be a hypocrite, when you don't win in 11 games, you have to take criticism, that's part of the gig."

McCarthy feels Andrews and Duff are the perfect compliment to Kenny